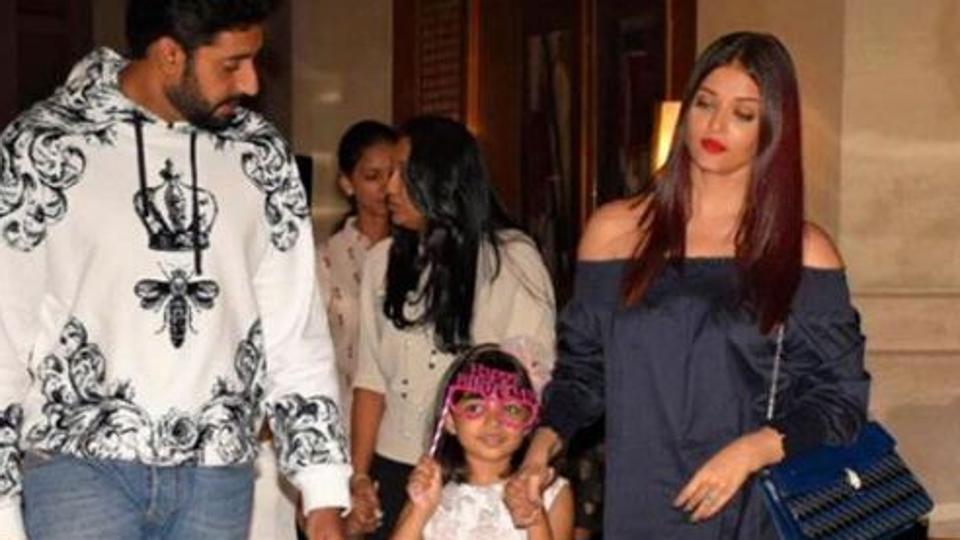 The party time hardly stops in the B-town and just because the industry itself is very big having tons of names altogether. We often get to see people and names that are otherwise really hard to see in the same place. Especially when things take a spark and billionaires come forward to invite big names to their parties having industrialists and biggest names of the country alongside the entertainment tycoons? Turns out to be no less than a treat. Something just like this happened this Monday night when the Ambani’s invited the Bollywood stars to their mansion on the grand party held for their son and his fiancé.

There was however one name that was quite unexpected among the list of big names like Shahrukh Khan, Karan Johar, Harbhajan and Zaheer Khan etc. It was Big-B’s granddaughter Aradhya who came to the party alongside her mother dressed like a queen. Reportedly she was specifically asked to come to the party because there was one big segment of the gathering that was meant to be in theme of a ballet. Aradhya also was one of the most noticeable personalities of the party because the Ambani’s love the girl as their own. She is a student in the school Nita is president of and also Mukesh Ambani’s mother treats her with great love and care. There have been incidents when she treats her with all of the chocolates and the pleasantries. Aradhya stole the show wearing a nice pink dress all flared like a queen out of a Disney movie and a cute flower tiara at her head

Taimur Ali Khan, rocking the blue
What Our Sonu Thinks About Bebo