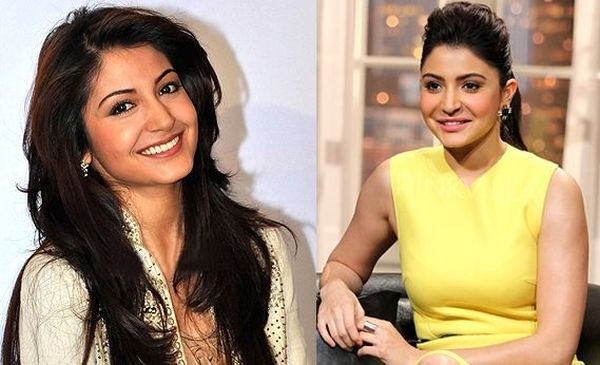 It was during the airing of the Koffee With Karan’s promo, the audience actually witnessed an eye-popping scene, and that was Anushka Sharma’s duck face.

You will not be able to believe, but the duck lips actually managed to gather more queries than the starlet’s alleged affair with the current captain of the Indian Cricket Team, Virat Kohli. The appearance of the loved lady of the Bollywood Silver Screen stirred an awe with the people out there.

Even if it sounds ridiculous, the social media websites like Facebook, Twitter,Instagram etc. got filled with h troll posts of Anushka who was compared with Disney’s animated character Donald Duck. Such was the level of humour that dropped all limits of sanity in describing this candid and honest heroine of the tinsel town, is needless to say, bothered Anushka to a great extent.

After all, she could not afford to lose any of her beloved fans at her peak time in the industry, and with Karan Johar’s most preferred leading lady for his much awaited period drama, Bombay Velvet, the last thing that she would want is to keep her audiences in two kinds about her enhanced lips.

The news of Anushka Sharma lip surgery was later on confirmed by Anushka herself, when she took the critics in one hand on the Twitter Account, in straight forward way.

It is important to mention that people, after reading this message, somewhat took a back seat with their job of trolling Bollywood celebrities for reasons that have proper base.

Currently, Ayesha Takia’s plastic surgery news is quite popular in social media websites. God only knows, why she ruined her stunning beauty herself. She really looks different than before.

Not only Anushka or Ayesha Takia, there are lots of cases where plastic surgery went horribly bad.You can find 75 extreeme surgery cases on Elitecelebsmag.

Trust me, there are hundreds of people out there who actually have the lack of doing anything constructive and they indulge them in scrutinizing the faults or drawbacks of the celebrities.

But the denial statement of Anushka Sharma lip surgery was put in clever words. In the part where she speaks of a particular lip enhancing tool, that in the cosmetic science refers to the particular collagen injection that is used to plum up the lips for three to four months.

I know, it was extremely pretentious from Anushka Sharma’s part from saying one thing and trying to convey something else. People out there are not that much naive to not understand any word in between the line, especially in the case of Anushka Sharma’s lip surgery.

Bollywood celebs and their nick name
“Performing In different Venue Would Be A New Experience,”Says Tariq Hisny