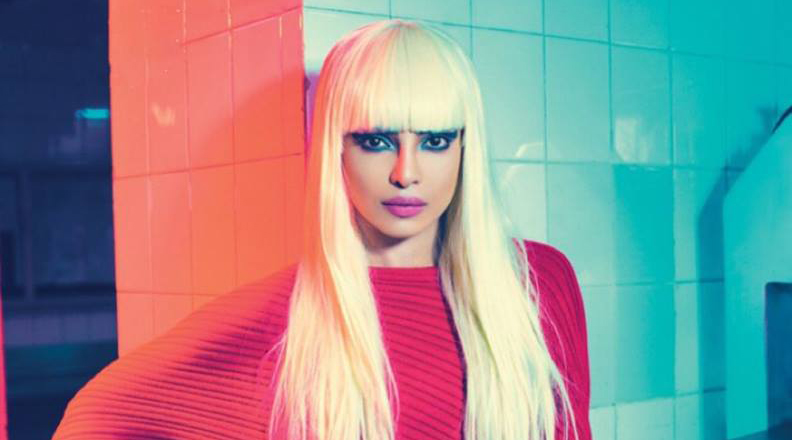 Priyanka Chopra Latest Hot Photoshoot 2015: The Indian queen of brand endorsements was spotted in Verve Magazine hot photoshoot. Yes! we’re talking about Priyanka Chopra, who has recently done a photoshoot with L’Officiel India magazine in August. She is appearing on the cover in hot blonde avatar with a title “Priyanka Chopra on being a powerful perfectionist”. Our desi girl has transformed into an exotic hot blonde babe for this photo shoot. PC is giving a tough competition to international pop singer Lady Gaga and Miley Cyrus in her latest dazzling photo shoot. She has dressed up in a color blocked Salvatore Ferragamo outfit in which her curvy figure is clearly visible. Her pale yellow colored hair and intense eyes has given an edge to her glamorous look. Priyanka Chopra always tries to do something different; she will be soon appearing in forthcoming American television thriller series Quantico. Last month we have showcased Priyanka Chopra Traditional Indian Outfit Photoshoot. This time we’re presenting Priyanka Chopra in hot blonde avatar, watch out all the hot pics of Priyanka Chopra Latest Photoshoot 2015. 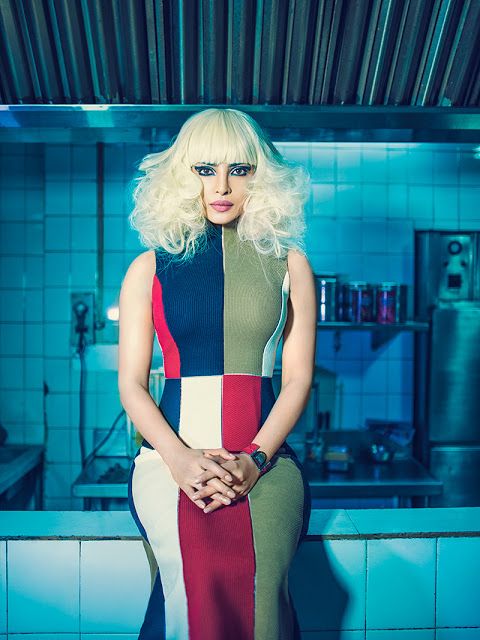